An injury to a high school athlete can be a significant disappointment for the teen, the family, and the coaches.

If you think you are injured, STOP, and let myself or a coach evaluate you. It is the best thing you can do for your team, coaches and more importantly yourself.

Recognizing concussion and providing proper treatment is especially important for younger athletes because it typically takes them longer than adults to fully recover.

Because of the potential long-term consequences of sports concussion, it is important that athletes, coaches, and parents know as much as possible about how to recognize them. Symptoms are not always obvious. Although it is commonly assumed that concussions cause loss of consciousness, many people with concussions have not been "knocked out." A concussion causes a variety of symptoms. These may appear right away or may be delayed for several days after the injury. Some symptoms are physical, such as drowsiness. Others are cognitive, like memory loss. In many cases, people with concussions are more emotional than usual.

The most common symptoms of concussion include: 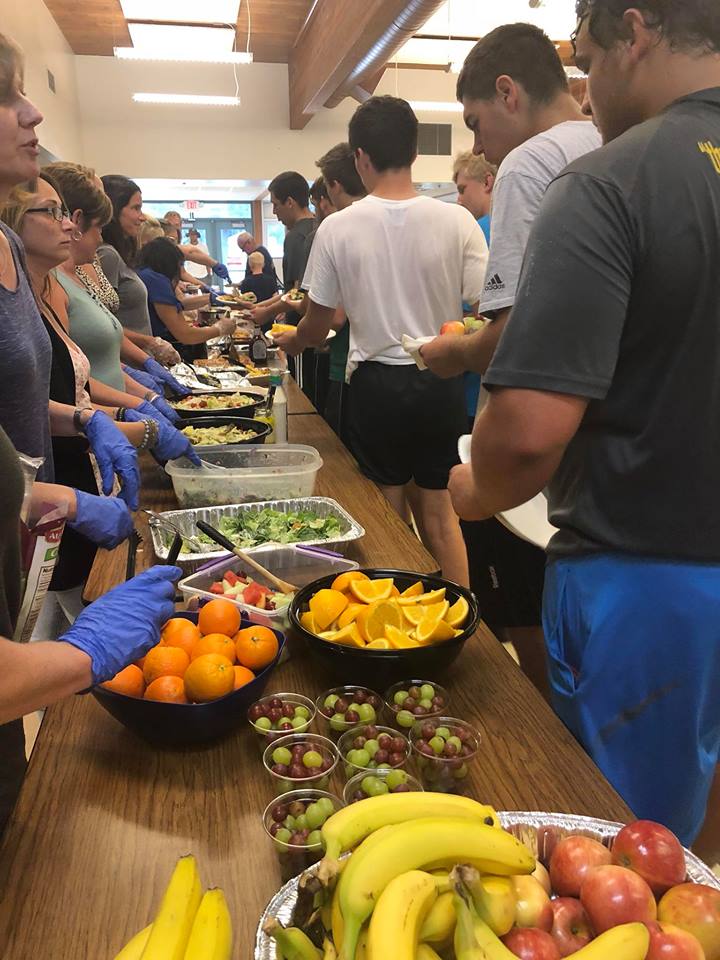 Putting the right fuel in your tank for maximum performance.

A good football diet sometimes starts with not consuming things that you shouldn't. The two biggies for young people are fast food and sodas.

Here are some resources for you and your parents when its time to eat.